The Nation’s Most Misunderstood Man 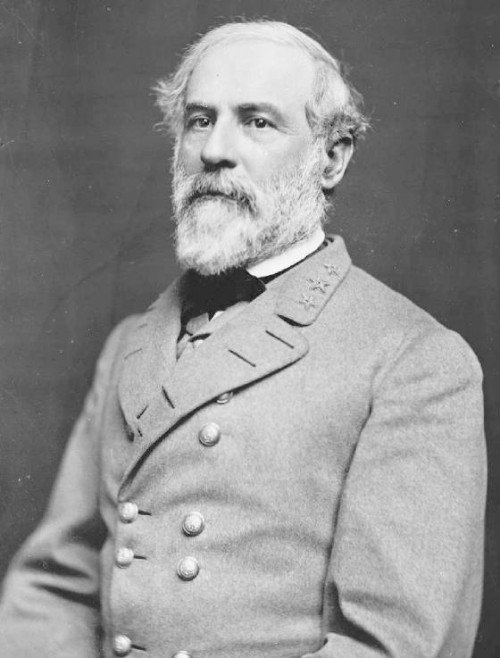 Alexander Green has written a fantastic essay on General Robert E. Lee, over at SpiritualWealth.com.

When the war broke out, Northern newspapers branded Lee – a distinguished officer who turned down Lincoln’s offer to lead the Union army – a traitorous lowlife, a Benedict Arnold who believed one man could own another as he might own a horse or a set of dishes.

Yet this perception is wrong. For starters, the Civil War was not just about slavery. Abraham Lincoln – who failed to carry a single Southern or border state – campaigned on a platform of not interfering with slavery anywhere it was legal, even pledging to maintain it if it would preserve the Union. Not all slave states joined the Confederacy. And almost ninety percent of whites in the South did not own slaves.

Yes, the Civil War was partly about slavery, but it was also about states rights and the limits of a still-young and newly ascendant federal government. In his conversations and letters, Lee – a committed Christian – consistently condemned slavery as unnatural, ungodly, impractical and morally abhorrent. Nor did he support the Southern states right to succeed, calling it “nothing less than a revolution.”

So why did he turn down Lincoln’s offer to lead Union forces? After all, this was America’s highest field command, an opportunity to earn not just the President’s gratitude but unparalleled reward and national glory.

The answer can be found in Lee’s deep Virginia roots. His father, “Light Horse Harry Lee,” was a Revolutionary War hero who fought beside George Washington and was later the state governor and a member of Congress. Yet when Harry defended a friend who published a newspaper opposing the War of 1812, he was attacked by a mob and nearly beaten to death. Disfigured and permanently disabled, he abandoned his wife and children for Barbados, leaving his son to raise his siblings and care for his invalid mother.

Robert was eleven at the time. He quickly learned how to handle responsibility, went on to graduate second in his class at West Point and distinguished himself during the Mexican War in 1847. The American general in chief, Winfield Scott, called Lee the finest soldier he had ever seen.   Yet Lee said he would not raise a sword against his fellow Virginians. As the war approached, he resigned his commission in the U.S. Army to head the Virginia state militia, taking command of Confederate troops only after Virginia later voted to secede.

You can read the rest here.