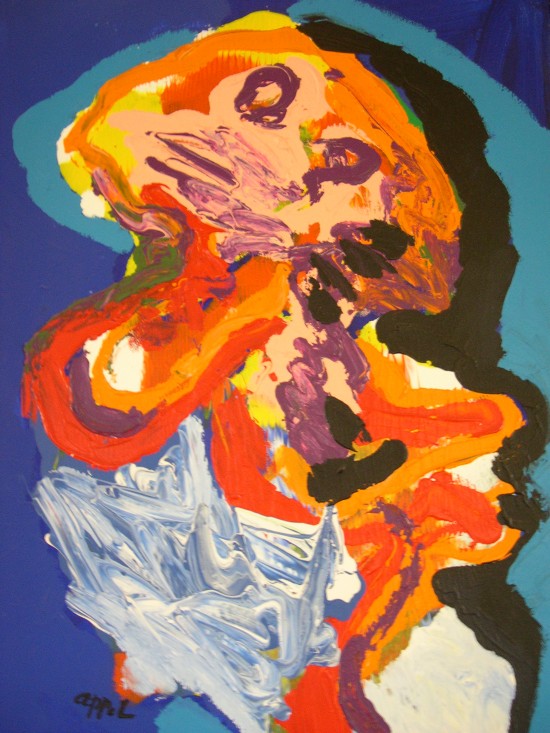 It is actually a painting by Karel Appel, one of the best known of a small group of “action” painters that formed an association after WWII called CoBrA. (Stands for the cities the founders came from: Copenhagen, Brussels and Amsterdam).

The idea was to paint like a child might: with expression and without restraint. They favored exuberant colors for the most part, although some of their most beautiful pieces were not so.

I own several Appels. This is the first one I bought. It was painted in 1970. His earlier paintings (of which I have two) are more valuable because they were closer to the CoBrA period. But this one has appreciated very nicely. Looking at it makes me happy — because the image is childlike and because I know it is worth a lot more than I paid for it!