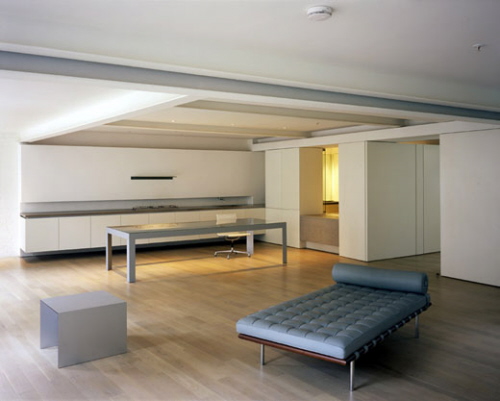 Last week in The Palm Beach Letter, Bob Irish wrote a great article on the benefits of reducing one’s expenses as you move into retirement. After a life of accumulating “stuff”, Bob found himself as an empty nester in a big house, with substantial upkeep and overhead. This is what I like to call the “cost of possession”.

Basically there are two tenets of the “cost of possession”

I learned these lessons soon after buying my “dream home”. I realized that even after paying off a mortgage of $600,000, I was not in any way financially free. To possess and occupy that house was going to cost me more than $30,000 per year—for as long as I “owned” it.

In an op-ed last month in the NYTimes, entreprenuer Graham Hill, detailed his experiences with the burden of possession and shared some interesting factoids to illustrate the point.

In a study published last year titled “Life at Home in the Twenty-First Century,” researchers at U.C.L.A. observed 32 middle-class Los Angeles families and found that all of the mothers’ stress hormones spiked during the time they spent dealing with their belongings. Seventy-five percent of the families involved in the study couldn’t park their cars in their garages because they were too jammed with things.

Our fondness for stuff affects almost every aspect of our lives. Housing size, for example, has ballooned in the last 60 years. The average size of a new American home in 1950 was 983 square feet; by 2011, the average new home was 2,480 square feet. And those figures don’t provide a full picture. In 1950, an average of 3.37 people lived in each American home; in 2011, that number had shrunk to 2.6 people. This means that we take up more than three times the amount of space per capita than we did 60 years ago.

For Bob, though, it wasn’t as simple as just throwing all his worldly possessions away and joining an Ashram. We develop emotional and behavioral attachments to our “stuff” and sometimes its hard to let go. But if you can do it there are enormous payoffs. Here are some of Bob’s “pro’s of downsizing”:

Downsizing will enable you to reduce your monthly mortgage payments. Or possibly eliminate them entirely.

We had what I called a “girlish” mortgage on our big house. We hadn’t gone in for refis and cash-outs during the boom, so our monthly nut was not even close to onerous.

I was surprised how relieved I felt when I no longer had a mortgage. I felt as though a burden had been lifted from my shoulders. A burden I didn’t even realize was there—until it wasn’t.

Maybe you’ll still have a mortgage when you downsize. But the payment will be much smaller. And your stress levels will decline proportionally.

The money you save on your mortgage can translate into the things you’ve always wanted to do. Reward yourself. Take a dream vacation, join a club, buy a new car, or go shopping. Whatever. Add some fun to your life.

Your income will also increase because of the money you’ll save on maintaining your smaller home. The bigger the house, the more “fleas on the dog.”

Think about the last time you switched jobs. You stepped out of your comfort zone. The same old routines were history. You were forced into new behavioral patterns. Uncomfortable at first, certainly. But remember the excitement and energy that came as a result of getting repotted?

That’s the buzz you’ll get from downsizing. When you confine a plant to the same old pot, it gets root-bound and stops growing. The same can be said for many of us who’ve been in our homes a long time. We can stagnate. Downsizing, and the changes that accompany it, can open a new, exciting chapter in your life.

Think of the regular chores you have to do to maintain your home. Yard work and cleaning come to mind immediately. And if you are in an older house (as I was), there is an endless honey-do list.

At first blush, this may not seem like a plus. But stay with me. It is. When you have less space, you have fewer places to put things. You must carefully consider every purchase and decide if you have room for it. Or what can you get rid of to make space for it? In the end, having less space keeps you from making unnecessary purchases.

A few years ago, friends of ours sold their house and moved onto a boat. Not a mega yacht. A 40-foot cabin cruiser. It was pretty cool. We would visit them at the marina and enjoy cocktails on deck. Then we’d share a simple dinner of freshly caught fish.

“Nope,” he said. “It’s the best part. I used to have a lot of stuff, but after I moved to the boat, I realized that the stuff had me. I’m no longer a slave to my possessions. I feel like I’m starting over with a clean slate.”

You guys are doing a great job, and your service has been invaluable. Platinum Level subscriber Bobby J.I remembered Tim’s comments years later as we began to shed possessions to fit into a house half the size of our old one. And they began to make sense to me.

A feeling of relief accompanies getting rid of stuff. My world is far less cluttered. I’m lighter. Leaner. More on top of things. More in control than I’ve felt in years. Heck, I’m ready to downsize some more and move to a boat! Tricia says she’ll visit me on calm days.

You can read the full Graham Hill piece here. And of course head over to the Palm Beach Letter and sign up for more invaluable essays and financial advice from myself, Tom Dyson, and Bob Irish.

How to Make Friends in High Places

Speak Like a Copywriter: 10 Rules for Having Better Conversations