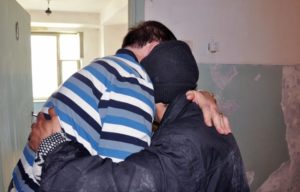 I am sitting under the palapas covered roof of the gazebo outside our house in Rancho Santana, writing. Every so often I look out onto Santana Beach stretching north, the surf populated in clusters with surfers – gringos and locals in equal number. The sun is low and it’s getting cooler. But it will be light enough for me to write for another few hours.

Arby, the young man that tends our garden, comes over.

He means: “Since you are going back to the States tomorrow, you should tip me now.”

Tipping here in Nicaragua is complicated. At least it is for me. The disparity in wealth is so great between Rancho Santana’s homeowners and the local people who work for us that you cannot ignore it. I believe in the free market. I believe charity is dangerous. But it bothers me to know that this young man, who works five and a half days a week making my garden look beautiful, makes less than $300 a month.

I will give him the usual tip: $150. This is more than most homeowners give but less than some part of my brain wants me to do. I come down here about six times a year. That amounts to 900 extra dollars for Arby. It isn’t much by US standards, but significant to him.

He’s no doubt come to depend on the extra money. So I’ve created a dependency. And though he doesn’t show it, he may feel entitled to it. Dependency and entitlement: the evil twin sisters of charity. Just what I always try to avoid.

But this isn’t charity. It’s just a discretionary part of his compensation. We use it when we give bonuses and “perks” to our employees in the States. Why shouldn’t I use it here?

I’m thinking about this as I go inside to get his money. Coming back I realize that I haven’t spoken a single sentence to Arby all week except to tell him what I want him to do. I’m not good at small talk but it doesn’t feel right to just hand him the money and walk away.

I should at least have a bit of a personal conversation with him. But where to start? K chats with the people who work for us all the time. If she were here, she would know what to say.

I have a vague memory that Arby was recently married. I’ll ask him about that.

He tells me that, yes, he is married. For over a year now. And they recently had a baby girl.

I’m sure K knows this. I feel guilty. I am so damned self-centered.

He takes out his iPhone and shows me a photo of the baby. Big brown eyes and curly locks, sitting on his knee. She is cute and chubby. They are both smiling.

“Gordita!” I say, hoping that a fat child in this part of Nicaragua is still a source of pride. I ask him if he and his wife plan to have more children.

I smile and agree.

He turns to leave and then turns back. What’s he doing? He’s leaning in. He’s giving me a hug.

It’s a man hug, back patting and all, tentative and yet tender.

A Story to Make You Smile

The War on Some Drugs