Lessons From What I Learned Losing a Million Dollars 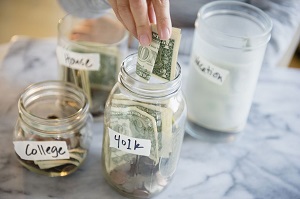 As a student of literature in college, I came into my adulthood knowing little to nothing about investing. That did not deter me from making money, but it did diminish my ability to convert that growing income into wealth.

As my income went up, so too did my spending. And of the spending I did, the most foolish were my “investments.”

I put quotes around that word to highlight a point: My ignorance of investing was profound. In fact, I could not even define the term. I might have attempted by saying something about putting money into stocks and bonds, but that sort of vagueness is not helpful. In fact, it is one reason most “investors” fail to grow their wealth faster than inflation.

When you think of investing as something as nebulous as putting money into stocks and bonds  (or commodities or futures or real estate or gold mines), you lose the opportunity to examine the difference between different modalities of “investing” – such as trading, speculating, betting, and gambling.

And when you don’t make these distinctions, you can justify foolish behavior by giving it a name it doesn’t merit: i.e., investing.

Let’s start with this. There is a difference between accumulating wealth and investing.

Accumulating wealth is a good and sensible objective. But investing? It’s an activity – something you do with your money – to achieve the goal of accumulating wealth. Whether it can achieve that purpose depends heavily on what you are actually doing, which depends on your definition of investing.

If you ask me to part with these treasured things, I will refuse. If you point out that they are “just sitting there,” costing me money (insurance/storage/maintenance), I will point out that their values have appreciated over the years and will likely continue to do so. In other words, they are investments.

I’ve been aware of the falseness of this posturing for many years. And I’ve written about it many times, pointing out that the problem with the word “investing” as generally used (especially by the financial industry) is that it puts a sort of seal of approval on a wide range of financial activities – from the cautious to the prudent to the speculative to the downright reckless.

So how do we distinguish?   READ MORE

My first attempt at defining “investing” was in contradistinction to “savings.” In essays I wrote on the subject, I suggested that the difference is one of purpose: “The purpose of saving,” I said, “is to put aside money to be spent later for a specific reason, such as college for the kids or retirement. The purpose of investing is to have those savings grow faster than inflation.”

This was helpful, but insufficient. It still allowed the average wealth seeker to justify all sorts of risky financial behaviors as earnest attempts at investing.

How is it possible to use a single term to define so many different activities? How is it possible to consider buying stock in an obscure Canadian gold mining company the same as buying into a mutual fund composed of large, income-producing companies or buying an apartment building or trading futures?

In What I Learned Losing a Million Dollars, Jim Paul provides a very useful glossary of 5 very different money strategies that are lumped into the sobriquet of investing.

Here are his definitions:

Paul’s definitions are helpful because they explain how one strategy is different from another.

Investing, for example, can be distinguished from trading by its purpose and its time frame.

* The investor means to increase his wealth by a combination of income (interest/dividends or cash payments) and capital appreciation.

The essential difference between speculating and investing is that the investor puts his money into an ongoing enterprise that is currently making and distributing profits, whereas a speculator puts his money on his insight that a particular asset will increase in value in the future. (This distinction is extremely important. It is the cornerstone of my own very conservative approach to building wealth.)

Both traders and speculators make wagers based on the anticipation of some future event – usually an increase in the value of an asset based on something they believe will happen in the future. It could be an expected buyout or merger or the introduction of a new product. It can also be a change in economics or market dynamics or public sentiment.

According to Paul, both speculators and bettors put their money at risk based on some future possibility. The speculator has knowledge, or thinks he has knowledge, of some factual event that will cause a rise in value. The same is true of the bettor.

Although it’s difficult to discern the difference between speculators and bettors by analyzing the bet each of them is making, it’s easy to understand the difference by the way they react if the bet goes against them. The speculator will be disappointed and try to learn from his fallible thinking. The bettor believes that his thinking is correct and the result is somehow wrong. And so he continues betting.

The bettor and the gambler are alike in that neither of them have sufficient factual knowledge to believe that their actions will prove fruitful. The difference between them is that the bettor will be angry about losing because it means he might be wrong about his assumptions. But the gambler doesn’t care about being right or wrong. He’s just addicted to the adrenaline rush.

* The investor wants to build wealth by putting his money into businesses and properties that will give him immediate income and long-term appreciation.

* The speculator wants to build wealth by buying assets that he believes are either currently undervalued or will become more valuable in the future.

* The trader wants to make money by trading assets and profiting from the gap between bid and ask.

* The bettor cares neither about building wealth nor about making money. He may claim to have such motives, but what he really wants is to be right about his assumptions.

* The gambler, though he claims to be interested in making money, may have no interest in building wealth. His true motivation is the thrill of the game. He will continue gambling after experience has proven that doing so is making him poorer.

Understanding these motivations makes it possible to understand why so many so-called investors make and repeat bad decisions.

You can tell yourself, for example, that buying bitcoin is a form of investing. But if you consider the fact that bitcoins are not businesses and produce no income, you can see that buying them is not investing. If you have knowledge of the market and apply a strategy to your buying and selling, you are speculating or trading (depending on the time frame). If you don’t have knowledge and a strategy, you are either betting or gambling.

Likewise, putting your money in gold and cash because you believe the world is on the verge of a debt-fueled economic crisis is not investing. It could be speculating if you have a very long time horizon – i.e., if you are willing to wait 50 or more years for the economy to collapse. But it’s more likely that what you are doing is betting, because your motivation is to be right about your macroeconomic prediction.

The professional poker player is not necessarily gambling. Poker, he knows, involves chance. But beating other, less experienced players by following a proven system is a form of speculation.

Alas, What Most People Do

Most “individual investors” buy and sell stocks based on information they have been told or read about, hoping that information will make them richer. But since they have neither a strategy for profiting nor the discipline to follow one, they end up making an average return of about 2% to 3% – less than a monkey would make picking stocks by pointing to stock symbols.

This is not investing. Nor is it speculating. Not even trading. It is either betting or gambling. It’s betting if it’s done once and then not done again. But if it is a pattern that is repeated indefinitely (which is the case for most “individual investors”), the process is really nothing more than gambling.

It might be argued that these are arbitrary definitions. I cede that point. But they make it possible to understand what you are doing when you spend your money on some financial asset.

Therefore, the prudent wealth builder would be wise to keep them in his head and to ask himself before making a financial commitment, “What, exactly, am I doing?”

This Is Why I Can’t Stop Teaching/Writing