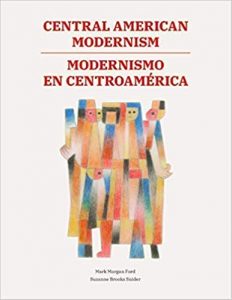 Modern art in Central America shares much with the best of the modern art of Mexico and South America. But as this book – Central American Modernism / Modernismo en Centroamérica – makes clear, it has a quality that is in many cases distinctly identifiable as Central American art, and among the Central American masters, there are distinct qualities that make each of them uniquely valuable.

Central American Modernism / Modernismo en Centroamérica is a bi-lingual beau-livre. It not only tells the story of how Modernism came to each country, it demonstrates – with hundreds of photographs – the magnitude of the talent that Central America contributed to Modernism.

It took 8 years for Mark Morgan Ford and Suzanne Brooks Snider to produce this comprehensive introduction to Central American art – researching and interviewing historians, museum directors, artists and their families, collectors, and gallery owners, and then photographing works, many that have never before been seen by the public.