From Our House to Bauhaus 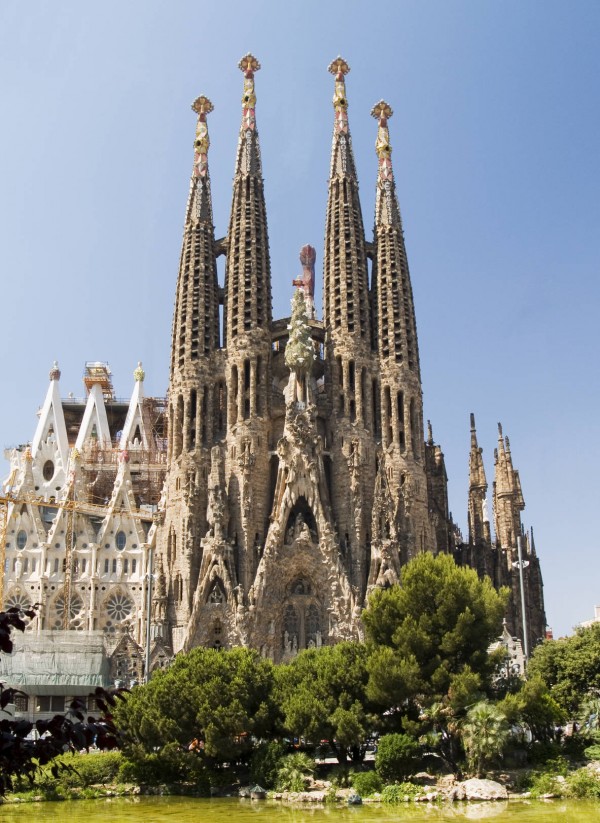 Antoni Gaudi is a great architect — one of the best in my view. He is the Frank Lloyd Wright of Spain. Like Frank Lloyd Wright, Gaudi’s style was distinctive. Also like Wright, he preserved some of the past while making his designs new. But I believe Gaudi is the better architect. You can see why I say that by visiting both architects’ buildings. Gaudi’s are more beautiful, more innovative, more structurally sound, and more durable.

When judging an architect’s work, this is what you look for:

Recommended reading: Tom Wolfe’s From Bauhaus to Our House

The B Tour: Barcelona 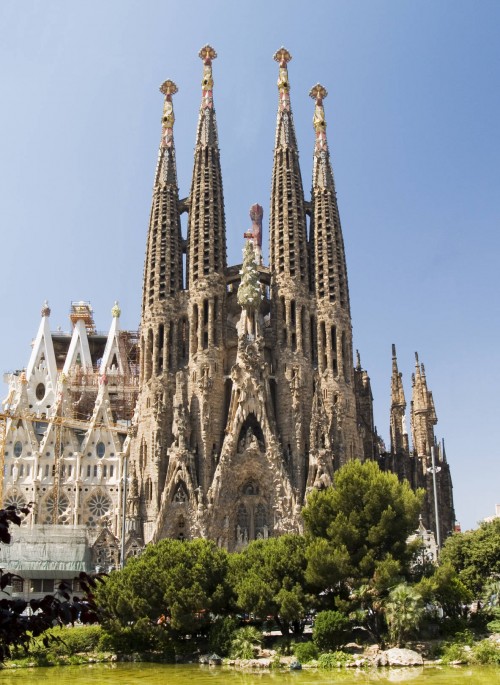 As I mentioned yesterday, I’m spending a month in Europe with K, in Barcelona, Brussels, and Berlin. We call it the B tour, although it offers more to see than the A tour (Amsterdam, Antwerp).

We arrived in Barcelona this morning. I’ve been here only once and briefly. But that whet my appetite for more. If you’ve never been to Barcelona, put it on your “see-before-you-die” list. It is one of the best cities in the world to visit.*

Barcelona has all the amenities you would expect from a world-class urban center (amazing art, architecture, theater, parks, and shopping). Plus, like Hong Kong, Los Angeles, and Vancouver, it sits between mountains and sea, giving tourists lots of ways to enjoy nature as well as culture.

On top of my “must-see” list are two museums: the Picasso Museum in the Bari Gotic district and the Dali Museum in Figueres, which is a short train ride from the city. Picasso and Dali were two of the most skillful and imaginative painters of the 20th century. If you don’t share that opinion, you haven’t seen enough of their work. A trip to these museums will fix that. Pay particular attention to their early works. Even as young teenagers, both were demonstrably gifted artists.

I’m also excited to revisit the breathtaking structures of Antonio Gaudi, including the Cathedral of the Holy Family. Like a medieval church, it is still being constructed after more than 50 years. Gaudi is the patron saint of Spanish modernism. Like Dali and Picasso, he was immensely creative. Gaudi’s buildings are amazing to look at. They are astonishing and ironic – all at the same time. Gaudi believed in beauty and had the skill to create large, polymorphous structures that hold up – literally and aesthetically – over time.

In addition to its cultural and natural amenities, Barcelona offers visitors a warm and welcoming atmosphere. The Catalonians, Barcelona’s rootstock of people, speak their own language (related to Spanish). They have their own traditions as well. Like the Romans, they are genial and enjoy life. But like the Basques, they have a rebellious spirit that is hard not to admire.