Faking It, Making It: The Changing World of Fakery 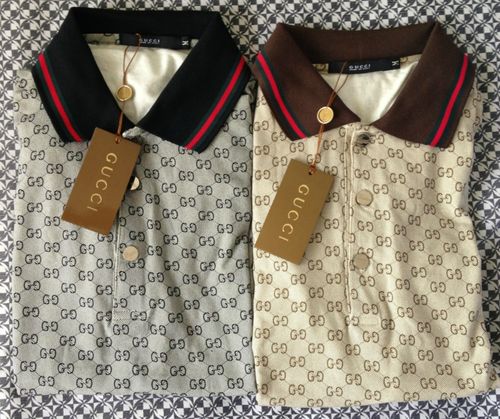 Cuban cigars are expensive. A Cohiba robusto will set you back more than $25 in London or Madrid. You can buy them in Florida for $5 to $10 apiece. And lots of people do. Trouble is, they are fake.

People who have been smoking Cohibas for 20 years say it’s easy to tell the difference between a genuine and a counterfeit. The printing on the label may be a bit off – the wrong size or the wrong shade of yellow. Sometimes the size of the label is irregular. Or the quality of the paper is inferior. If you can’t spot a fake by examining the external evidence, you should notice the difference when you light up. The fakes don’t have the flavor – not nearly.

It used to be easy to spot fake Rolexes. Like Cohiba wrappers, their faces bore minor typographical irregularities. They weighed less than the genuine watches. And they stopped working within a year.

But that’s changing now. The use of sophisticated computer technology by modern counterfeiters is resulting in a new class of fake watches. Ones that are so close to the original that watchmakers can’t tell the difference unless they put them under a microscope. And even then, some of them “pass.”

“The counterfeit world has traditionally been a world of the shabby and shoddy,” says Frederick W. Mostert, an intellectual property lawyer who has made a career of spotting bogus luxury merchandise and prosecuting those who make them. Writing in a recent issue of Cigar Aficionado, he says:

“In the last 18 months I have witnessed a paradigm shift in the manufacturing of fakes. It is still only a ripple – but it is set to become a tsunami. The next wave will change the face of manufacturing and retailing and it is fueled by a quantum leap in technological engineering.”

Mostert tells of a car manufacturing facility in central Thailand that is producing near-perfect replicas of Ferraris, Lamborghinis, and Lotuses. And of Chinese plants that are making fake watches that look identical to the real ones, both inside and out:

“I was so fascinated by this ingenious use of technology,” he says, “that I visited Minolta’s laser scanner labs after my return home. I will never forget the moment I was invited to remove my watch from my wrist and place it on the laser scanner turnstile. Within five minutes – eerily – a picture perfect 3-D digital version of the outside contours of my watch was produced: the ultimate, undetectable copy.”

The digital technology used by Chinese counterfeiters reverse-engineers highly complicated watch parts. And this information can be stored in discs and sold to other counterfeiters around the world.

Digital technology is helping counterfeiters replicate all sorts of valuable merchandise, from vintage wines to expensive Italian suits to first-edition books to fine art. “Gone,” Mostert says, “are the mom and pop operations of yesterday in which impoverished families constructed fakes in their garages.”

And it’s not just luxury goods. “Every product known to mankind can be, and is being, perfectly copied. This is sure to have profound implications for the future of global retail.”

During a recent trip to New York, Irene and I were walking down Fifth Avenue on our way to meet K and Evan (Irene’s husband). We passed some Nigerians selling knockoff designer leather goods. Irene stopped to look.

“Boy, look at the quality of this stuff,” she said to me.

I examined the Gucci bag. The leather was supple. The stitching was neat. Everything looked perfect.

“In the old days, the fakes were so inferior,” she said. “It was easy to tell the difference. But now…” She was silent for a moment.

We continued to walk. She seemed vexed.

“What do you hate?” I wanted to know.

“I hate that you can’t tell the difference anymore.”

“And why does that bother you?”

She stopped walking and turned to me. “Why?” She lifted her Prada bag to my face and said, “Do you know how much money I spent on this? And those guys are selling these bags for 50 bucks apiece.”

“Yeah,” I said, pretending not to understand her. “I guess you wish you had bought a knockoff.”

“I would never be happy with a fake,” she said.

“It would make me feel terrible. Like I myself was a fake.”