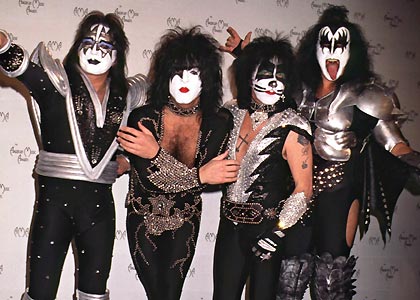 I had the feeling that Steve didn’t believe me. But I had no idea he would go behind my back to try to prove me wrong.

It was the spring of 1999. Steve had recently been hired by my client to write an investment newsletter. He had the qualifications: an MBA and Ph.D. from good schools, experience both in the front and back rooms of brokerages. But he didn’t want to sell stocks. He wanted to write about them.

When I saw his first effort I was impressed. The analysis was sound. The research was deep. There was only one problem. His writing was terrible.

It wasn’t sloppy or illogical or even ungrammatical. But it was incomprehensible. It read like a treatise. It was the kind of writing that you might get away with in academia but could never pull off in the real world.

I called him into my office and told him about my secret antidote for writing like his: the Flesch-Kincaid Readability Test. The FK is a computerized tool that looks at the length of your sentences, how many syllables there are in each word, and other data. It then rates the entire piece in terms of reading ease. A rating of 5.0 or below is very easy to read. A rating of 10.0 or above is very difficult to read. A score between 5.0 and 10.0 is what you’ll find in most newspapers and magazines.

I explained to Steve that my goal is to keep my writing – no matter how complicated the ideas I’m trying to express – at 7.5 or below.

Then we analyzed Steve’s writing. It had an FK of 12.0. Almost off the chart.

“You won’t get a big audience with such a high FK score,” I said. “You have to work on simplifying your writing. Get your FK down to 7.5. You’ll be a better writer, have more readers, and make more money.”

He thanked me for the advice. But, as I said, I could tell he didn’t believe me. What I didn’t find out until years later was that he spent almost two months trying to disprove what I’d told him.

Steve used his analytical skills to put my theory to the test. First, he rated all of my client’s other writers in terms of how successful they were. He considered two things: how many subscribers they had and the percentage of those subscribers who renewed. Then he took samples of each writer’s work and ran them through the FK filter. What he found astonished him. There was an exact inverse correlation between how successful they were and their FK scores. The more successful the writer, the lower his FK.

“In graduate school, I was taught that truth is complicated,” Steve told me recently. “But this truth was simplicity in itself. If I wanted to become a more successful writer, all I had to do was lower my FK scores.”

So that’s what Steve did. He began to read articles about clarity of expression. He learned to write with an active “voice,” use simple sentence structures, and select simpler words whenever possible.

He gradually reduced the size of his paragraphs and the length of his sentences. And he learned to use adjectives sparingly.

Although I didn’t know what he was doing at the time, I could see that his writing was getting better. Not only was it easier to understand, the ideas seemed to be getting better too.

Flash-forward to today: Steve is without a doubt one of my client’s most successful writers. He has one of the largest readerships of any newsletter writer, enjoys the highest renewal rate I’ve ever seen, and makes a seven-figure income.

Two years ago, I invited Steve to speak to group of young writers at a seminar I was hosting. The topic was “How to Write Well.” Everyone was eager to hear what Steve had to say since he had gone so far so fast. I was too. And when he told them the story I just told you, I wasn’t surprised. He said that the most important thing he ever learned about writing was to lower his FK score.

I’ve been writing for a long time now. I can tell when the words are flowing and when they aren’t. When I’m writing well, my FK is below 7.5. When I’m struggling, it shoots up to 8.5 or 9.0.

Paul Hollingshead, perhaps the most naturally gifted copywriter I ever worked with, doesn’t check his FK score. “I tried to once,” he told me. “But I couldn’t find the program so I gave up.”

But Paul doesn’t have to check his score. Because his writing has always been crystal clear. I recently checked two of his multimillion-dollar sales letter. One had a score of 6.7 and the other a 5.5!

If you haven’t yet gotten the message, let me say this now: The single most powerful thing you can do to become a stronger, more compelling writer is reduce your FK score.

There are many very sound reasons why this works so well.

A new science – called Cognitive Fluency – studies, among other things, the effect of complexity of expression on comprehension and credibility. What researchers have found is that the simpler a statement is the more credibility it has – even if it means exactly the same thing as a more complicated statement.

It appears, the scientists say, that our brains are hardwired to trust simpler things. This makes complete sense, if you think about it. Our primitive ancestors could not have survived unless they’d developed the instinct to be suspicious of things that were unfamiliar and/or incomprehensible.

The easier your writing is to read, the more believable your reader will find it.

Point is, simpler writing doesn’t work better just because it is easier to read. It works better because it has more veracity.

Most new writers don’t understand this. Being insecure, they do their best to sound impressive. Rather than eschewing complex sentences and obscure words, they glory in them. Like Steve when he started out, they believe that (to use a vulgar but effective expression) if they can’t dazzle their readers with brilliance, they can at least baffle them with bullshit.

It’s not their fault. They have been mis-educated into believing that complexity is a sign of intelligence. And so they complicate their writing.

Notebooks in the Attic