“Hard money” advocates and precious metals dealers contend that gold is not only the safest way to store wealth but also a very good way to grow wealth. The truth is, gold is a valid way to protect wealth from certain unlikely economic situations – but for the ordinary wealth builder, owning lots of gold is both risky and unwise. 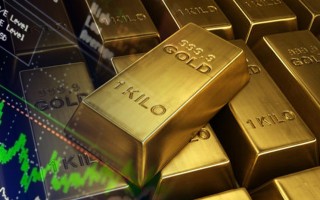 There is a school of economic theory that puts gold above all other asset classes.

* Stocks can go up but they can also go down. The same can be said for real estate, commodities, and bonds. But over the long haul, gold will preserve an investor’s wealth because of its intrinsic value.

* President Nixon made a huge mistake in 1971 when he took the dollar off the gold standard. When the dollar was tied to US gold reserves, the government could not print more dollars than there was gold to back them up. Now, the government had the freedom to print as many dollars as it wanted, backing them up with Treasury bonds (promises to repay the debt sometime in the future).

* When nothing can stop the printing of dollars, politicians will print them in an effort to speed up economic growth. But as the number of US dollars in circulation increases, the value of the individual dollar goes down. This causes inflation spikes that make virtually every asset other than gold – stocks, real estate, commodities, and bonds – worth less.

* In 1970, before Nixon’s decree, an ounce of gold could be bought for about $35. In 2019, that same ounce of gold would cost about $1,290. Meanwhile, as US debt has skyrocketed, the risk of a massive economic collapse has become more and more likely. Any day now, we could see banks freezing assets, the stock market crashing, bondholders losing everything, and “blood in the streets.” Gold will then be the only currency that anyone will accept. And here’s the silver (gold) lining: When that happens, the value of an ounce of gold will soar to $5,000 and even $10,000. Investors that own gold will become the new rich.

So… is that likely? That’s the million-dollar question.   READ MORE

Consult an expert, if you like experts. Talk to your broker. Read your broker’s “research” recommendations.

But don’t ask me what you should be doing with your money right now.

I have no qualifications as a financial advisor. No certificates. No degrees. I’ve never taken a single class in economics or accounting…

I’ve read a few books – ones that came highly recommended.

And yes, I was an advisor to and publisher of investment advice for nearly 40 years….

Which gave me an inside view on how the business works and a contact list of several dozen of the best-known stock analysts in the world. I know how they work and I’ve seen the results of their work, good and bad.

I keep tabs on the best of them. And incorporate the recommendations of a few. But when it comes to making decisions about what do with my (now my family’s) money, I follow my own rules.

But if, like me, you are a timid investor…

If, like me, your fear of losing money is greater than your greed…

Then you may be interested in knowing some of these rules that I follow and what, in particular, I plan to do with my money this year.

I have several dozen rules. Here are 10 of them:

Now it’s time to tell you what I’m doing with my money this year.