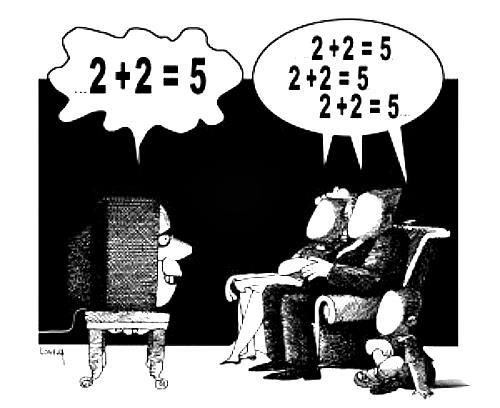 There is a widespread idea about liberals – held by liberals – that they are smarter than conservatives. Studies show that this is not the case. People who identify themselves as liberals tend to have more schooling and they may, as a result, have some higher academic skills. But there is no evidence that they think more accurately or effectively than conservatives.

One of the most obvious examples of poor thinking among liberals is in the area of macroeconomics. Liberals want bigger government and more debt because they believe that a small group of people who think as they do can regulate something as complex and organic as the economy.

Common sense tells you that debt is bad. And common experience tells you that it is nearly impossible to regulate a single household of six people, let alone a nation of 300 million.