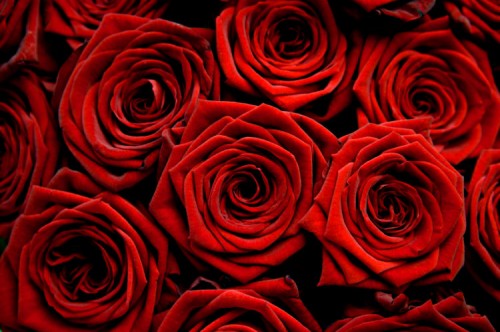 The most important thing I ever learned about “living rich” was taught to me by a former rich guy who dropped out of the moneymaking game to study Chinese philosophy.

Jeff and I have been friends since high school. Twenty-five years ago, when we were still relatively young men, we were partners in a merchandise vending business that was making lots of money. Jeff’s annual compensation was in the mid six-figure range.

One day, he quit. Since then, he has supported himself by doing consulting and teaching Chinese martial arts. His departure from business did not diminish our relationship in any way. Rather, it allowed us to pursue different careers and compare notes along the way.

I’ve written about Jeff before. He is a serious and careful thinker. And whenever we get together, we enjoy ongoing conversations about topics that interest us both.

I mentioned to Jeff that I was working on a book about “living rich.”

“The message I want to deliver,” I said, “is that you don’t need a ton of money to live well. But most wannabe rich people spend too much money on the symbols of wealth, things that don’t matter. And they spend too little money on things that do matter… like mattresses.”

“The average person spends seven or eight hours a night in bed,” I said. “But when it comes time to buy a mattress, he looks for bargains. Yet a top quality mattress will last ten times longer than a cheap one, and guarantee tens of thousands of hours of good sleep.”

Besides being an expert in ancient Chinese philosophy, Jeff is a master of the Socratic dialogue. I knew that this question was just the first step of a walk I would be taking with him. I gamely went along.

“I’m not sure. I guess I think about the symbols. The big house with a swimming pool. The fancy cars.”

“That’s interesting,” he said. “Now do this: Imagine yourself lying on a lounge chair next to a swimming pool. A huge house is in the background, with a big black car parked in the driveway.”

I closed my eyes and did as he asked.

“Do you have yourself in the picture?” Jeff asked.

“Can you be more precise?”

I focused on the feeling. “Tranquil,” I said. “And safe.”

We didn’t talk any more about it that day. But that’s typical of our conversations. They progress.

A month later, Jeff and I had lunch at one of his favorite restaurants in Palm Beach, a small Italian bistro. When I arrived, Jeff was seated at his usual table, chatting with Giuseppe, the maitre d’. He stood to embrace me, then offered me a glass of Prosecco from the half bottle that was chilling in front of him.

This was going to be a long, luxurious lunch. First we had the sparkling wine. Then we had appetizers, then the main course, and, finally, espressos outside on the patio so I could enjoy a cigar.

When I eat by myself, I eat quickly – almost furiously. It is as if eating is a necessary evil. The faster I can get it done, the sooner I can get back to work.

But with Jeff, eating is very different. It is slow. It is deliberate. It is conscious. Jeff talks about the menu du jour. He savors the wine. He relishes the food. Time slows down, and I feel myself becoming more aware of the experience.

Sitting on the patio after lunch, sipping our espressos, I brought up our previous discussion.

“I’ve been thinking about how I feel when I think about wealth,” I told him.

“Frankly, my feelings surprised me. Tranquil? Safe? That’s very different than I would have guessed.”

I told him that I thought those feelings came from my early childhood. We were a family of 10 living on a teacher’s income. We were the poorest family on Maple Street, which was one of the poorest streets in town. The feeling I had then was a combination of anxiety (the fear that my schoolmates would despise me for being poor) and embarrassment (because of the hand-me-down clothes I wore, the cheap bologna sandwiches I brought for lunch… that kind of thing). I told Jeff that I realized my adult feelings about wealth – tranquility and safety – were the opposite of the feelings I had when I was poor – anxiety and embarrassment.

After a moment, he said, “Mark, you have been very successful in the acquisition of wealth – more successful than 99% of the people who seek it. Are you saying now that your pursuit of wealth was actually a pursuit of the two feelings you associated with wealth when you were a child?”

“And yet you found that when you had the symbols of wealth — the house and the cars — you still didn’t have those feelings?”

“And what percentage of your time have you spent working to make money to buy the symbols of wealth?”

“Lots of time,” I admitted.

“Now let me ask you this. Have you ever spent any time trying to feel wealthy?”

“I mean seeking the feelings rather than the things?”

I admitted that I had spent almost no time doing that.

“And how often do you feel wealthy?” he asked.

“Not that often,” I admitted.

“When was the last time you felt wealthy?”

“I feel wealthy right now,” I said. “In fact, I feel wealthy whenever we enjoy one of our long lunches. I think it has something to do with the way you help me savor every part of the experience.”

“Let’s take a walk,” he said. “There’s a little newsstand near here that has a great selection of international magazines.”

We meandered over and spent about 20 minutes looking through French and Italian and Japanese magazines that I had never seen before. The pace, like the pace of our lunch, was leisurely – almost languid. And that somehow opened me up. It gave me ideas for some of the magazines I publish. It gave me ideas about art projects I might start. It left me feeling inspired… and something else. It left me feeling richer.

So this was, I realized, another feeling I had when I felt wealthy. It was the feeling of acquisition – not of things but inspiration and knowledge.

I had spent most of my adult life under stress — stress I put on myself in order to acquire the symbols of wealth. Yet I seldom felt wealthy. Jeff, on the other hand, seemed to feel wealthy all the time!

Jeff doesn’t eschew the material aspects of wealth. Beautiful things and elegant service are real, and he knows that. But he understands something that most people don’t: It’s not the things themselves that give you the feeling you are looking for. It’s knowing how to experience the enjoyment they provide. And Jeff has proven that it doesn’t cost an enormous amount of money to do it.

For example, instead of buying a yacht that costs millions and must be maintained by a staff of people and worried about all year long, Jeff gets the “yacht experience” by reading about yachts and going to boat shows. Instead of owning a $6 million condo in a ski resort, Jeff is happy to spend three days vacationing in Aspen at the Little Nell hotel.

If you’re like me, the feeling of wealth has three elements: tranquility, safety, and emotional or intellectual enrichment.

You get the tranquility, Jeff has taught me, by simply slowing down. When you slow down, you can pay conscious attention to what you are experiencing.

You get the feeling of safety by not spending more than you can afford. This you do by banishing the illusion that you need to throw money around in order to have “the best.” Example: When my wife and I go to Paris, we make it a point to experience the rich ambiance of the George Cinq Hotel — but we do it without booking a $1,500 room. Instead, we spend an amazing 90 minutes or so in the terrace bistro sipping wine.

And you get the feeling of emotional or intellectual enrichment by understanding what makes you feel rich and seeking it out.

You need money – lots of money – to own the symbols of wealth. But to get the feeling of wealth, you don’t need to spend much at all.

Listen to the music! Feel the ocean breeze! Smell the roses! That, I now know, is what “living rich” is all about.

The Best Cities to Visit: Travel & Leisure versus Me