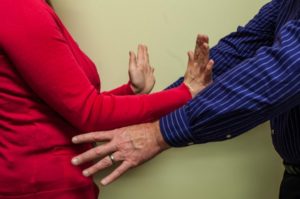 Men – mostly powerful white men – are being exposed as sexual predators. They are being punished by losing their jobs, their reputations, and, in some cases, their families and friends.

Like the presidential election, it is freaking people out and polarizing the population.

Hardly a day passes without another well-known name being added to the list. And it’s not just celebrities and politicians. Gavin Delahunty, chief curator at the Dallas Museum of Art, resigned after allegations of inappropriate sexual behavior. James Levine, the world-famous conductor, was suspended by the Met Opera after three men accused him of abusing them when they were teenagers.

The liberal press was the first to jump on the “news.” Conservative commentators were initially quiet on the subject, but began speaking when a significant number of the accused turned out to be liberals.

So we are all talking about it now.

It was never really acceptable. But some of it sort of was.

For the first 30 years of my life, sexual harassment was not something people talked about. I doubt if the phrase was even used until the 1980s when workforce regulations and laws were put into place.

As for “inappropriate behavior” creating a “hostile work environment” – I don’t remember that being an issue until around 2000.

But for what we might call “hard core” sexual harassment – trying to exchange workplace rewards for sexual favors – that was always considered repulsive. It was also, however, regarded as somehow “to be expected,” at least in Hollywood and on Wall Street.

How many cartoons have been published over the decades – even in dignified liberal-leaning publications such as The New Yorker – depicting the Hollywood powerhouse and the starlet on “the casting couch”? Or the boss chasing the typist around the room?

A young person today might well wonder why this sort of behavior was considered a laughing matter.

One reason, I think, is that there was, until relatively recently, a very different view of male and female roles when it came to sex.

The man was expected to want to have sex whenever he could get it. The woman was expected to refuse a man’s sexual advances, and to make only small and gradual allowances depending on her assessment of his attractiveness and worthiness. (Not necessarily in that order.)

And now, as the exposures and admissions and expulsions continue, it is pretty much impossible for anyone to pretend that this double standard has not been a real and serious problem since… well, certainly since the Mad Men days. Arguably since 1492.

So why does it feel like sexual harassment in the workplace is something new?

Until recently, the behavior that men are now being punished for was accepted… or at least ignored. And as long as it was ignored, some men felt that it was somehow okay.

I can think of several contributing factors:

So how far can a man go?

Legally, it depends on the woman’s perception of his behavior. And this has been the major difficulty in adjudicating charges of sexual misconduct in the workplace. A statement that might be considered funny or even charming to one woman, for example, might be considered degrading and even threatening to another. If the boss tells a female employee that she “looks nice,” she might perceive it as a compliment… or as a sexually offensive remark that makes it difficult for her to do her job.

To reduce the obvious ambiguity, the ideas of hierarchy and power were brought in to define unacceptable behavior. This provided a certain artificial clarity: If you have a higher hierarchical status or direct authority over another person, it must be assumed that anything you do or say to that person about sex or romance (or physical appearance or who knows what) could be inappropriate.

But even those lines are getting blurry. I know of a case where a woman claimed to have been put into a sexually hostile environment after several of her colleagues asked her out on dates.

Is it any wonder that men are dazed and confused?

What all of this means…

Since the transgression is not in the act but in the woman’s perception of the act, is there anything a man can do or say these days that is not a possible threat?

I don’t have the answer to that. I do believe, however, that the exposure explosion is both justified and also generally a good thing.

I think it will go a long way toward ending workplace behavior that has always been unacceptable but until now often excused or ignored.

It will also create a great deal of anxiety. And it might move our social manners towards something that is frighteningly retrogressive: Any form of intimacy – even friendliness towards women – will be considered inappropriate. Much like you have in cultures dominated by religious fundamentalists.

Men and women with social and political agendas will take advantage of the current excitement to further their social and political goals. This will be done on many fronts. But one in particular bears watching: The definitions of inappropriate behavior will be further blurred.

And there will be, without a doubt, a growing number of false charges – either for political purposes or simply because some unscrupulous women realize that they can benefit from such accusations.

In the meantime, it might be useful to spell out what we mean when we talk about “unacceptable sexual behavior”:

I’ve recommended to the companies I work with that they initiate company-wide “re-education” programs – pamphlets, sensitivity training, etc. The primary goal would be to reduce all inappropriate sexual behavior in the workplace.

But another goal would be to eliminate some of the fuzziness so that everyone – men and women alike – can interact in a friendly, cooperative atmosphere based on trust and mutual esteem.

Right now, American men are in the spotlight. But keep in mind that there is a whole world out there where women are routinely abused, raped, and even murdered by their own fathers and brothers for “unacceptable” behavior.

I believe you can judge the civility of a culture by the way its women are treated. So as we move forward… let’s not forget that.