A Letter From a Man Whose Mother Is a Bank

I received a letter this morning that began as follows:

Dear Mark – I hope all is well with you and yours. I want to reach out to you because you can help me…

I looked at the signature. A name I didn’t recognize. Perhaps I had forgotten. I asked Gio to look him up in our files. She couldn’t find him.

Notice his rationale for “reaching out to me.” It was because I could help him.

I was intrigued. Either I did know the man and he was making a claim on that relationship, or we had no relationship and he was oblivious to how arrogant his request was.

I am living at home in a toxic environment trying to launch my internet business. I haven’t worked for months; jobs are hard to land these days. I do not want any handouts, I just want the opportunity to explain my circumstances. 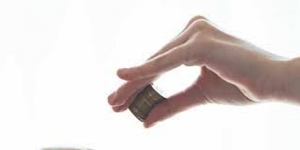 He went on to tell me all about his life… his dreams and his challenges. He explained that his current financial problems were “not his fault” but the fault of his “dysfunctional family.”

And then, in the very next sentence, he mentioned that he had been using his supposedly dysfunctional mother “as a bank for almost nine years.”

I was now reading with the utmost interest.

“My livelihood is on the line,” he said. He had “boxed himself” into a fast-disintegrating financial corner, but he was not going to give up. Where there is hope, he believed, there is hope!

And what was that hope? Words of advice from me? Perhaps a free copy of Automatic Wealth? Or Seven Years to Seven Figures? Or Living Rich?

“To be totally transparent with you,” he said, “Money will take care of the aforementioned problems.”

Aha! So it was as easy as that. All he needed was some quantity of my money. All I had to do was sign a check and send it off… and presto! He would be in fine shape.

Every week, I get letters from people asking for advice. And I answer every one of them. Sometimes with a quick suggestion but usually by suggesting that they read one of my books. But it’s rare that I get a request like this.

I believe that no one has an inherent right to wealth. I believe that we are born into a universe that guarantees us nothing. But I also believe that the acquisition of wealth – enough to sustain oneself – is a fundamental human responsibility.

I also believe in charity. Every year, for as long as I can remember, I have given large sums of money to charitable causes. But I am very careful in the way that I do it.

I became aware, through some unfortunate personal experiences, that charitable giving can backfire and cause unintended side effects. (Like dependency or feelings of entitlement in the people I was trying to help.) So my guiding principle is now this: Do less harm than good.

To that end, when I do give away money to individuals, I have three simple rules that I follow very strictly:

* The individual must be in real and imminent financial need.

* A contribution of cash must be able to solve – not just put off – that problem.

* The character of the person must be morally correct.

I feel good about offering cash in those circumstances, and I feel even better when I have to practically fight that person to accept it under terms that involve either paying it back or paying it forward. (I prefer the latter.)

So that – unfortunately – rules this guy out.