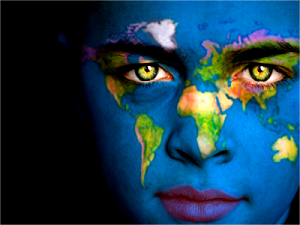 I’d wanted to have a publishing partner in Japan since we went global 20 years ago. I’d gotten close once, with the country’s largest health publisher. But after several meetings and a trip there to meet the president, they demurred. I never understood why. And they didn’t explain. My liaison told me it would be impolite to ask. I should have.

So the dinner last week was important. I had been courting this company for more than a year.

After an initial meeting in Delray Beach and a lot of follow-up by our team, a rough joint venture agreement had been worked out. They were now in Baltimore to seal the deal. We were going to give them a tour of our offices, have them attend a company-only marketing conference, and then host a final dinner. I wanted that dinner to go well.

It was scheduled for 6:30 at The Maryland Club, a private membership facility housed in an old mansion, one of several in the city. I got there early and chatted with our CFO while waiting. Our team arrived a few minutes later. And the Japanese delegation – the founder, whom I’d met twice before, two of his top execs, and a translator – arrived on time.

The agenda, arranged by our global CEO, began with a half-hour of cocktail conversation, presumably to warm everyone up. Their founder asked for club soda. I asked him about that. I don’t know why. He said alcohol didn’t “agree with him.”

Our team had sort of sequestered themselves, so I ended up taking on the burden of cocktail talk solo. I wanted the Japanese to feel comfortable, so I did what I would do with Americans. I told them self-deprecatory stories. They seemed to understand the message, but I didn’t feel any warming up going on.

I was not exactly surprised. I had learned long ago that my very American style of communication isn’t always appreciated. Japanese culture, in particular, is very different from ours. For one thing, the Japanese are generally more reserved than we like to be. My frankness – I could feel – was a bit too much for them. They responded courteously, but with some emotional distance. I felt like I might be getting myself into trouble.

Then it was time for dinner. My colleagues seated themselves at one end of the table, so, once again, the burden of the cross-cultural conversation was on me. As it happened, I had been reading a book about cross-cultural differences: The Culture Map. (See “What I’m Reading,” below.) And so, for lack of anything else to talk about, I spoke about the book.

One of the book’s primary theses is that communication patterns differ in every culture in terms of how direct or indirect meanings are expressed. High context cultures (of which Japan is an example) favor formality and subtlety. They don’t like bluntness. They find it rude. Low context cultures prefer frank and direct conversations.

Not surprisingly, the book argues that US culture is low context. We like to get to the point as fast as we can, express it clearly, and then memorialize it so there are no misunderstandings afterwards.

But this sort of expression can feel rude to people from high context cultures. Bluntness is not at all a virtue. Getting to the point is unnecessary. It insults the intelligence of your interlocutor. You should give him the credit of being able to understand your subtlest comments. You should have faith that he understands what you mean.

As I said, I was not unaware of this before I began reading The Culture Map. After 20 years of doing business with a dozen different cultural groups, I knew that I needed to restrain my impulse for directness with my Japanese guests. But because I was anxious, my instincts overwhelmed me.

The more politely they responded to me, the more frank I was in making comments that were either self-deprecatory or complimentary to them. I even told them that I thought the Japanese culture was superior to ours, which is something I have long believed. But even as I said it, I felt I was missing the mark.

When my colleagues at the other end of the table joined in conversation, they were even blunter than I had been. In an effort at familiarity, one of our top execs began kidding one of their top people about hearing that he was a playboy. It was (to me) an obvious attempt to have a little lighthearted fun with them. But I knew it was a mistake. I doubled down on my compliments.

Remarkably, the dinner ended gracefully. Three of their people even asked to have photos taken with me. But not the founder. He stood there with a polite smile on his face.

I went home wondering if our American frankness had completely turned him off. I wished our team had taken the time to talk about our cultural differences before we’d scheduled that dinner.

I’m going to ask my colleagues to read The Culture Map. And I’m going to keep my fingers crossed. This is a relationship I don’t want to lose.

The Danger of Freedom: People Do What They Want to Do, Not What You Think They Should Want to Do