Why I Can’t Read The New York Times Anymore 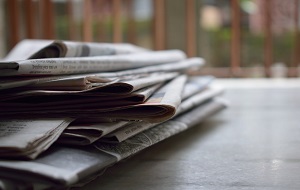 First I read The New York Times because I believed it was the best newspaper in the world. Then, after my view of economics shifted, I read it for its cultural and literary articles. Now I can’t stand to read even those sections, as the NYT’s smart, independent critics have been replaced by very bad writers with very stupid ideas about – everything.

Another example: a review of a memoir about the author’s escape from poverty-stricken Appalachia. It wasn’t actually a book review at all. It was a compilation of complaints about the book’s depiction of and commentary on Appalachian culture.

According to the critic, the author had the audacity to suggest that one of the reasons Appalachians have remained ignorant and poor is because of bad habits like dropping out of school, drinking and doing drugs, teenage motherhood, and a preference for government handouts instead of working. Not only that, the author dared to suggest that the plight of these people is their own fault! (I don’t have the article in front of me, but those are nearly the critic’s exact words.)

Meanwhile, the critic has never set foot in Appalachia. But the author of the memoir lived there. Details like that, of course, don’t matter when it comes to politics. Any idea not coincidental with leftist ideology is bad art.