How Many Laws Do We Really Need? 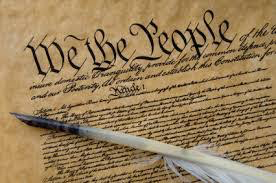 From Capitol Report: “Despite the slow start while new legislators learned their way around the capitol, over 3,400 bills have been filed by the 2019 deadline that could change state laws in the two months of Florida’s Legislative Session.”

Think about that. Thirty-four hundred bills in two months in one state.

How is that even possible?

We hear frequently from conservatives that our federal and local governments are over-regulating everything. I always took that to mean that they were passing laws that put restraints on free enterprise. But 3,400 bills in two months? That’s way beyond restraining free enterprise. I can’t even imagine how many areas of our lives it takes to accommodate so many bills.

How many people do you need to think up and write 3,400 bills? Not to mention the people you need to do the research and file the documents and circulate copies and so on. Then there is another level of “workers” — journalists, lobbyists, and government watchdogs — who spend their time reading and reporting on those bills.

I asked Alex, our research associate, to find some facts about the growth of government bureaucracy in the USA. Here are some good ones:

How many laws do we really need?

At one time, it was believed that 10 were enough. Now there are so many it’s impossible to get a reliable count. And if you had one, it would be grossly outdated in a week’s time.

If there’s a silver lining to all this, I’d like to see it.

I Almost Forgot This Important Truth About Buying Land