The “Extreme Poverty Problem”: Hans Rosling Explodes Yet Another Myth

Answer this: In the last 20 years, the percentage of the world population living in extreme poverty has:

The correct answer is C. The number of people living in extreme poverty is less than 9%. It was more than three times greater, 29%, in 1997.

If you answered A or B, you are not alone. In fact, an online poll conducted by Hans Rosling found that 90% of those polled got it wrong. 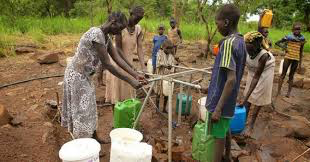 I wrote about Rosling before. LINK

His life work is correcting misconceptions. And one of the biggest misconceptions he’s discovered is that most people – and this includes most educated people – believe that poverty is getting worse.

Here are the facts:

In 1800, roughly 85% of the world population lived in extreme poverty, deprived of such basic human needs as food, safe drinking water, shelter, and access to medical care.

And this was not confined to Asia and Africa. It existed everywhere. Even in England, the US, Europe, and Scandinavia. The world economy back then was still agrarian. When crops failed, people starved.

The situation improved only slightly for the next 70 or 80 years. But by then the Industrial Revolution was in full swing. Wealth was being created at a rate that was faster, by multiples, than at any previous time in human history. And the beneficiaries were not only big industrialized countries but also their trading partners.  READ MORE

Free trade and new technology continued to spur economic growth in the first half of the 20thcentury. And by the 1950s, the global rate of extreme poverty started dropping precipitously. It dipped below the 50% mark in 1966, and has been descending ever more rapidly.

China and India were laggards. As late as 1997, 42% of the populations of both countries lived in extreme poverty. But by 2017, it was down to 12% in India and less than 1% in China (where the state both encouraged Capitalism and funded large economic programs).

Rosling suggests that it’s best to resist the temptation to divide the world into rich and poor but instead to consider four income levels: up to $2 a day, $2 to $8 a day, $8 to $32 a day, and over $32. These may seem like arbitrary distinctions, but he points out that there are, in fact, huge differences between these levels.

What is to be learned from these facts?

First, and most importantly, that from the perspective of extreme poverty, the world is getting better, not worse.

Second, what is commonly believed is often just plain wrong. This particular misconception I blame on the press and on writers and thinkers generally. People who live in their heads tend to be more interested in bad news than in good news. And people that write about what’s going on in the world know that they will attract more attention by focusing on the negative.