The banking industry promotes the idea that money stored in cash instruments (such as saving accounts, CDs, and money market funds) is safe money and a riskless financial strategy. But it is not true. Cash, like every other asset class, has risk. 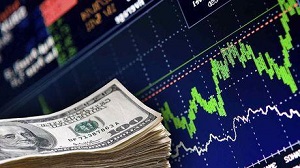 On Saturday, Ted reads an article in The New York Times predicting that the president’s new tariff plan will decimate international commerce. Sunday morning, he reads a WSJ article pointing out that the stock market is dangerously overvalued with an average P/E ratio for the DOW of 25. At noon, he reads an essay by an economist he admires that points out that US debt is now higher than it has ever been.

He goes to bed feeling uneasy.

Monday morning, he calls Joe, his stockbroker. “What’s going on with the market?” he asks.

He hears the tapping of fingers on a keyboard. “You should be relatively okay,” Joe says. “Your portfolio is very conservative.”

“Shit,” Ted says. “I knew this was going to happen. What do you think I should do.”

“That depends on how you feel about the future. Our analysts believe this is a dip in a long-term bull market.”

“Just leave it in cash.”

“Then you made the right decision,” Joe says. “What could be safer than cash?”
READ MORE