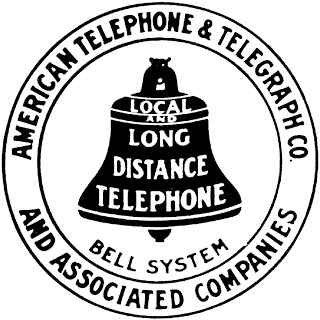 Neither libertarians nor big-government advocates have a theoretical advantage in the argument over whether it is better for the government or for private businesses to hold power. But if you look at business versus government in terms of their major contributions to American history, you can see a difference.

Arthur Bloom, the award-winning television news director, said this about the government’s efforts to destroy the Bell Telephone Company:

There are two giant entities at work in our country, and they both have an amazing influence on our daily lives…. One has given us radar, sonar, stereo, teletype, the transistor, hearing aids, artificial larynxes, talking movies, and the telephone. The other has given us the Civil War, the Spanish American War, the First World War, the Second World War, the Korean War, the Vietnam War, double-digit inflation, double-digit unemployment, the Great Depression, the gasoline crisis, and the Watergate fiasco. Guess which one is now trying to tell the other one how to run its business?

At the highest level of our economy we see big business working hand-in-hand with the government. That is because the government has always known it was in its best interest to align itself with the bankers and major business players. It is really only the entrepreneurial class that can be trusted to create more wealth for more people, but government rarely gives entrepreneurs more than a passing nod.

Can a Computer Replace a News Reporter? 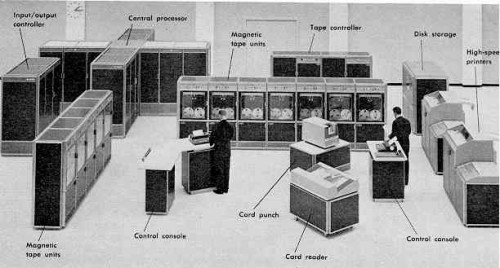 An interesting piece from Wired, about a developing technology that could conceivably replace your local beat reporter. A company based out of Chicago, Narrative Science, has developed an algorithm that can automatically generate and write a news story from data mined and collected over the Internet.

Here’s a little bit about how it works:

Narrative Science’s writing engine requires several steps. First, it must amass high-quality data. That’s why finance and sports are such natural subjects: Both involve the fluctuations of numbers—earnings per share, stock swings, ERAs, RBI. And stats geeks are always creating new data that can enrich a story. Baseball fans, for instance, have created models that calculate the odds of a team’s victory in every situation as the game progresses. So if something happens during one at-bat that suddenly changes the odds of victory from say, 40 percent to 60 percent, the algorithm can be programmed to highlight that pivotal play as the most dramatic moment of the game thus far. Then the algorithms must fit that data into some broader understanding of the subject matter. (For instance, they must know that the team with the highest number of “runs” is declared the winner of a baseball game.) So Narrative Science’s engineers program a set of rules that govern each subject, be it corporate earnings or a sporting event. But how to turn that analysis into prose? The company has hired a team of “meta-writers,” trained journalists who have built a set of templates. They work with the engineers to coach the computers to identify various “angles” from the data. Who won the game? Was it a come-from-behind victory or a blowout? Did one player have a fantastic day at the plate? The algorithm considers context and information from other databases as well: Did a losing streak end?

Then comes the structure. Most news stories, particularly about subjects like sports or finance, hew to a pretty predictable formula, and so it’s a relatively simple matter for the meta-writers to create a framework for the articles. To construct sentences, the algorithms use vocabulary compiled by the meta-writers. (For baseball, the meta-writers seem to have relied heavily on famed early-20th-century sports columnist Ring Lardner. People are always whacking home runs, swiping bags, tallying runs, and stepping up to the dish.) The company calls its finished product “the narrative.”

You can read the full article here.

There Are Plenty of Good Jobs

The idea that there are more good and qualified people who want to find jobs than there are appropriate jobs for them is a myth (perpetuated by academia). The opposite is true. There are plenty of good jobs, but most people who apply for them are unqualified to fill them.

These are people at the bottom of the employment chain, people whose “skills” have been rendered largely useless by the advance of technology. In the age of the Internet, we no longer need people to open and sort mail. Nor do we need people to enter data when it is done automatically.

What we need are people who have learned to think rationally and communicate effectively — things our educational system is not set up to teach people to do. So they are put out into the marketplace, a marketplace that has no room for them.

Unless education radically changes, the poor will always be with us.