The Unpleasant Truth About Asking for Favors 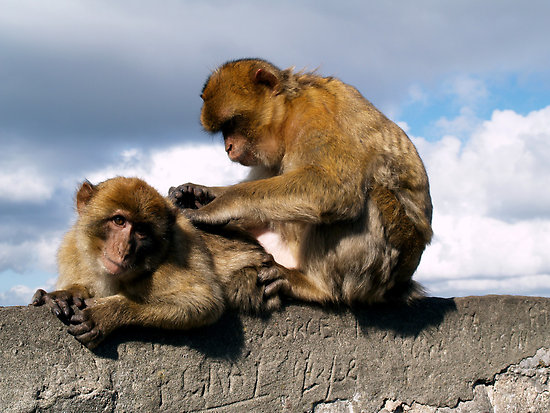 I recently intercepted a memo from a partner of mine. It appeared to be a nothing-much memo regarding a not-all-that-important request for a favor from a business associate – but I intervened because I thought it could ultimately be damaging.

Mutual back scratching, as I’ve often said, is a big part of good business. All the successful business relationships I know of – at least the ones that last – involve a lot of back and forth. I do such and such for John, and sometime in the future he will reciprocate. If he doesn’t, I cross him off my list. Unless I’ve done him a foolishly big favor in the first place, losing my good will costs him more than he gained from my initial service.

It’s all about give and take.

Smart businesspeople (those who think long-term) don’t demand an immediate quid pro quo. They are happy to let the credits add up by helping out where they can. But unless they are saint-like, they do keep a running tab in their heads. And when the time comes to ask for service in return, they expect it.

That’s the way it should be. And when businesspeople act that way, they prosper. Just as important, the products and services they offer tend to improve because of the exchange of information and technology. And this benefits their customers.
But not every businessperson is that smart. Many fall short when it comes to cooperation in general and favors in particular. If you randomly selected a dozen business owners and lined them up against a wall, you’d find a considerable range of enlightenment as far as cooperation is concerned.

And that’s why you have to be careful when you ask for favors. Because the person from whom you are requesting a service may not think of it the same way as you do. Such was the case with the favor my partner was about to ask in the memo I intercepted.
The favor was for the other company to do some printing and mailing for her – things she would have been happy to do for them. But what I think she failed to understand was the reaction her request was likely to cause. I happen to know the people who run that business. I’ve worked with them for years. And though they are good people, they have a tendency (in my view) to overvalue their work and undervalue that of others.

There was another factor, too, that she failed to take into consideration. My partner’s view of the favor she was asking was somewhat distorted. Because she runs a smaller business, it would have been fairly easy for her to personally manage the printing of a job for them. But since their operation is larger, a similar task would have involved several people … and required checks and double-checks… with no organized way to account for the work done.

Between my partner’s honest misunderstanding of what she was asking and the tendency of those she asked to overvalue their contribution, trouble was brewing. They would have done what she asked, but my partner would have incurred a big “You owe me.” A debt she wouldn’t recognize – which would have made matters worse.

My advice to her?

“Take care of the printing yourself, even if it costs a little more. If you are going to ask for a favor from these folks, make it a good one – because in their eyes, any favor will be a big favor.”

It’s too bad it sometimes has to be that way, but that’s life. You can’t expect everyone to see things the way you do, especially when it comes to valuing personal efforts.

My own policy is to help others out as much as possible. Mostly what people want from me is knowledge or access. How to do something or an introduction to someone. When I’m asked, I generally give. But I pay attention to the score. If we have a one-sided relationship, I let it go. But only for so long. Then I cash in my chips – or attempt to. If there is nothing in the bank, the relationship is ended.

The way I look at it, finding out the character of a person is worth something. And I’ll pay that price in advance. But I won’t overpay. If I’m asked for too much, I’ll balk. And when I balk, it’s usually the last throw.

Greedy, self-centered people believe they can live a better life by taking advantage of others. What they fail to realize is that the people they dupe have memories. And influence. Eventually, the world of greedy people gets smaller. They have very few friends. Fewer business colleagues they can count on. Little credit. And the high-pressure climate of the bad feelings they’ve stirred up. They may have a considerable store of material things, but they haven’t the faintest idea how to enjoy them.

It is better to give than to receive, so long as you are not a sucker. Do favors. Keep count. When the time is ripe, cash in your chips. And always keep in mind that the size of the favor is a matter of perception.