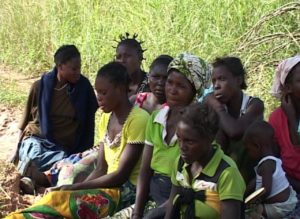 On November 21, Robert Mugabe, Zimbabwe’s authoritarian ruler, was forced to resign in the wake of a military takeover. Emmerson Mnangagwa, who had been Mugabe’s right-hand man was sworn in as president, and Zimbabwe’s long-oppressed citizens took to the streets to celebrate. But little, if anything, is likely to change.

In 1975, I was teaching English Literature and Philosophy at the University of Chad as a Peace Corps volunteer. That same year, a thousand plus miles south in Rhodesia, Robert Mugabe was released from prison.

He had spent 11 years behind bars for his leadership role in the Zimbabwe African National Union, which was working towards peaceful independence from British colonial rule.

When he got out of prison, Mugabe was no longer a pacifist. He became one of the main leaders of the Union’s guerrilla forces. When Rhodesia won its independence in 1979 and became the Republic of Zimbabwe, he ran for prime minister. Under the banner of “peace and unity,” he promised to support the country’s white citizens and protect their property while promoting the welfare of the native African population. That position got him elected by an overwhelming majority.

I was writing for a publication called African Business & Trade at the time. I remember thinking that Mugabe’s vision for Zimbabwe was a great one. Along with most of the international press, I supported him.

That bright promise dimmed a year or two after the election. Working with his trusted generals, Mugabe began a campaign against the faction of his party that had favored peace. At first it involved harassment. Then arrests. Then executions. Then murder. More than 10,000 civilians were killed in the process.

His popularity did not ebb. Buoyed by anti-colonial rhetoric, it increased. In 1998, he became president, a position of greater power. As president, he accelerated his battle against members of his party. He also began a campaign against the white minority who were still the country’s primary wealth holders.

Most of the whites were farmers with large landholdings. First, there were accusations and penalties for all sorts of minor violations. Then there was the tacit approval of illegal gangs that were seizing white-owned property. Before long, the government itself was seizing their farms and factories.

Not surprisingly, this lead to an exodus of much of the white population and a drastic reduction in foreign investment. Without the education, experience, or even interest to run their seized assets, most of the new “owners” (many of them former guerillas) quickly failed. As they failed, they sold off the equipment at bargain basement prices.

It didn’t take long for the economy to start falling apart. Unemployment soared. Food shortages became commonplace. Foreign aid was diverted from those needing it to corrupt government officials. While all this was going on, Mugabe was spending millions on payments to former guerillas and a war in the Congo. Hyperinflation and defaulting on international loans followed. (At its peak, inflation reached an astonishing 500 billion percent, with prices doubling every 24 hours.)

It was clear to me and to pretty much anyone that paid any attention to African affairs that Mugabe had destroyed his country. Before independence, it had been, along with South Africa, the richest country in Africa. Forty years later, it was (and is) among the poorest.

And yet, through corruption, intimidation, and sheer force of will, he remained in power.

This is not an unusual story. Much the same thing happened in Nicaragua after the Sandinista revolution.

Zimbabwe before Mugabe (like Nicaragua before Ortega) was a wealthy country with an inexcusably corrupt political system and a huge disparity between rich and poor. Change was needed and it came. But the “solution” (i.e., seizing assets) did nothing to equalize the wealth. Rather, it made things a hundred times worse. First because the country lost the lion’s share of the population that was managing the production of wealth. But also, and perhaps more importantly, because new talent and new money – which are necessary for continued growth – disappeared instantly and permanently.

This has been perhaps the most common and the most important economic story of the second half of the 20th century. And yet, if you look at what most US college students are learning about global economics, you’d think none of these things ever happened. 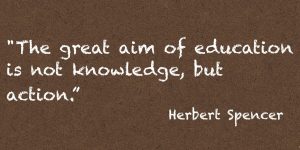 The Worst Thing I Ever Said to Laura

Notebooks in the Attic