The Power of Trust 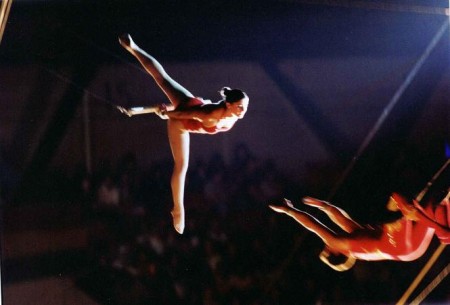 My friend “Roy” is a talented businessman and — in most respects — a natural-born entrepreneur. He’s made several fortunes in his life, but he’s lost them too. As I write this, he is starting over again — for the fourth time. “My life has been a roller coaster,” he said to me over a beer the other night. “And I don’t know why.”

I’ve read half a dozen books that identify the qualities that distinguish moneymakers from the rest of humanity. A few of them have been very good. Whatever Brian Tracy or Jeffrey J. Fox say on the subject, for instance, feels true to me.

But they’ve never written about trust.

Roy’s first three businesses took off strongly because he had good instincts about what products to sell and he quickly became adept at whatever selling method was most appropriate for those products.

I watched him bring each one of those businesses to the $10+ million level business — and then watched as each one fell apart.

As you know if you’ve read my book Ready, Fire, Aim (written under the pen name Michael Masterson), entrepreneurial businesses naturally disintegrate at the $10+ million level (what I call Stage III of their growth) unless the entrepreneur is willing to cede a good deal of his authority to top-level managers.

“Your [Stage III] business can’t continue to grow without corporate executive types… even if the sound of it gives you the creeps.”

“To get to the next level [Stage IV], you have to solve big problems you’ve been having. And the solutions need to be foundational, not temporary patches that will fall off over time. You need to have all your operational activities running smoothly. That can be done pretty easily if you are willing to let these people help you. That’s what they are trained to do. Give them the tools they need, and let them go to work.”

But Roy could never do that. When his businesses were in the greatest need of disciplined marketing, fulfillment, and accounting, he refused to bring in people to get the job done. Instead, he kept pressuring the people he had. They were good, hardworking people, but they were not capable of running a business of that size.

He just couldn’t trust them.

You see, it was impossible for Roy to trust any employee who was smarter than he was. He assumed that very smart employees would figure out a way to take advantage of him. Roy didn’t like being taken advantage of. He obsessed about it. So his solution was to hire only people of modest intelligence.

That might seem bizarre. Even farfetched. But it’s as common in the entrepreneurial world as chicken pox is in a primary school.

One of the best-known marketing gurus of our time — a man who is, without a doubt, a marketing genius — has made a seven-figure income for as long as I’ve known him. But he has never built a business of any value. And because he doesn’t have a business to fall back on, he will spend the rest of his career working 60 hours a week.

The reason he hasn’t been able to build a business is because, like Roy, he cannot trust people. He doesn’t trust his employees well enough to hire great ones.

And he doesn’t trust his partners well enough to establish long-term relationships.

A guy I know has run two very successful bistros. He has a great personality and is a natural at marketing and merchandising. His restaurants outsell any others like them in South Florida. Whenever I have the chance, I go to the one near my office to have lunch.

The other day, I walked in… and found out that he had been “fired.”

“He was a partner,” his replacement explained to me. “But the other guy had the money.”

“I don’t know. It was something about the accounting.”

“Something about the accounting” means that the money guy believed my friend was stealing. I’m quite sure he wasn’t. But if he was stealing, it was the money guy’s fault. When you are running a retail cash business, you have to make it impossible to steal. If he had done that, he would never have felt compelled to fire my friend.

But he did — and he thinks he has solved his problem. The truth is, his problems have just begun. I won’t go to that restaurant anymore. And neither will most of the other customers I know — and I know a lot of them.

My friend, you see, was a rainmaker. And if there’s one person you don’t ever want to fire it’s someone who can make rain. (In my friend’s case, that meant continuing to find ways to bring in new customers while keeping the old ones coming back.)

Now you may be thinking that I’m starting to contradict myself. I’m arguing that the money guy made the mistake of trusting my friend with the money. He was too trusting, you say, not lacking trust.

But I don’t think that’s what happened. I believe my friend was fired precisely because the money guy realized that he had created a business that depended entirely on my friend’s skills and talents. Because the business was dependent on my friend, the money guy felt insecure. And because he couldn’t figure out how to properly monitor the books, he fired him.

When Eddie, one of my real estate partners, talked about the salespeople he worked with, he’d often say, “Salespeople are all whores and thieves.” (He was very direct.) Then he’d add, “But they are the ponies you are betting on. When a champion horse loses a race, you don’t kill the horse. You get another jockey.”
That’s what the money guy should have done. Instead of fearing that my friend would steal from him, he should have hired a good accounts manager to oversee the books and let my friend do what he does best… which is make rain.

It all starts with trust. Not blind trust, smart trust.

You must be smart enough to know that to develop a big business you will have to eventually hire superstars — people who are smarter and more talented than you are.

To do that, you have to give them a lot of freedom — the freedom to sell and promote your business, not the freedom to control the books. Accounting and legal issues must always be under the control of a competent manager who works directly for you. Once you have that in place, you need to trust your superstars and let them do their jobs. If you learn to do that, your business growth will have no limits.

If you are not now a trusting person, here are some things you can do to change this aspect of your thinking:

But, like I said, it all starts with trust.

And here is how trust works — at least for me.

I don’t actually trust the other person. My trust is entirely invested in me.

I trust that if I create the right opportunities and provide that employee with good compensation and acknowledge his accomplishments, he will stay with me.

I trust that if I am honest and straightforward with him, he will generally return the favor.

I trust that if I take a genuine interest in a superstar employee’s career and truly do everything I can to smooth his journey upward, he will realize what I have done (more and more as he has the experience of having people work for him) and reward me with loyalty.

Meanwhile, I trust him to continue to be the person he has always been. That’s why, when I do job interviews, I am always looking to be sure that the candidate’s character is as strong as his intelligence and talents.

I also trust people to be human.

Being human, most people are either honest or want to be honest. But I know that if I make it too easy for them to cheat or steal, there’s a good chance that they will take advantage. This is equally if not especially true of smart and talented people. To keep my employees honest, I maintain control of legal and accounting issues, as I’ve said, and I give them my trust — which is by far the most important thing. As the author and poet George MacDonald said, “To be trusted is a greater compliment than being loved.”

I also recognize that a little larceny won’t kill a healthy business. When I set up auditing and accounting procedures, I make them reasonable, not Draconian. When it comes to my employees’ time, I am liberal too. I kid them for being late or missing days, but I don’t penalize them for it. I trust that they know as well as I do how much time they have to put in if they intend to succeed.

My final word on the subject is this — and I paraphrase motivational writer/speaker Frank Crane: You will never be deceived if you do not trust, but you will never become wealthy unless you do.

Teach Your Children Well: How to Develop Successful Kids

The Best Way to Get Funding For Your Business