“There’s no way of writing well and also of writing easily.”– Anthony Trollope

Bifocals were invented by Ben Franklin to end his frustration with constantly having to switch between two pairs of glasses.

Coeval (adjective) – Coeval (koh-EE-vuhl) means of the same age or time period. As used by Henry David Thoreau in Walden: “Such an eye was not born when the bird was, but is coeval with the sky it reflects.”

What I’m Reading: “The Allure of Protective Stupidity”

I insist that any manuscript sent to me for review be clearly written. And I use a device called the FK (Flesch-Kincaid), Readability Tool, to mandate that. (The FK score is an algorithm that measures complexity of vocabulary and sentence structure.) I do it because I want to avoid reading text burdened with one of the most common writerly mistakes: weak and confused thinking.

As George Orwell said, “If you simplify your English… when you make a stupid remark its stupidity will be obvious, even to yourself.”

Here’s an interesting essay on how Orwell anticipated the language policing that is so popular among leftists today.

Advice From J. Paul Getty on “How to Be Rich” 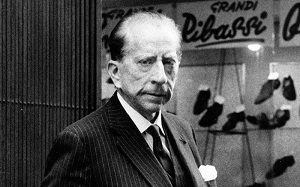 “Contrary to popular modern belief, it is still quite possible for the successful individual to make his million – and more.”

Paul Getty wrote these words in 1986 in his book How to Be Rich. I read it first more than 10 years ago and liked it very much. I’ve read it again recently and was equally inspired. It is a quick and easy read. (It was written as a series of essays for Playboy magazine.) But it is loaded with practical advice for anyone that wants to build wealth: business owners, professionals, even superstar employees.

Getty was a very rich man. I’ve heard it said that in today’s dollars, his wealth was greater than Bill Gates’s and Warren Buffett’s put together.

He made his fortune by buying up oil businesses at bargain prices just after the Great Depression. A small portion of the book is devoted to telling this story. The rest of it presents his thesis: that the best way to become rich is to own or work for a growing business, and that business growth is dependent on following a dozen or so commonsense strategies.

“Although there are no sure-fire formulas for achieving success in business,” Getty says, “there are some fundamental rules to the game, which, if followed, tip the odds of success very much in the business man’s favor.”

One chapter talks about real estate. Getty was a big believer in real estate as a secondary investment and made millions that way. He also talks about investing in fine art. In the course of his business life, he acquired one of the greatest private collections in his time. He left much of that collection to various museums, including the Getty Museum in California.

In discussing employee compensation, Getty’s ideas belied his reputation for being a penny pincher. He was a believer in paying his employees well – as well as or better than the competition. He also believed in treating his key employees as partners, by giving them incentive-based bonuses and, in some cases, shares of profits. More than a few of his key employees became rich as a result. I was delighted to note that Getty disputed the notion that entrepreneurs should “think big and take big chances.” His success, he says, came from “thinking small” (i.e., paying attention to details) and avoiding risk at every juncture.

This is not universally true (you don’t need to remind me) but I’ve always had this theory that in a family with a mother and a father, the mother gives her children the moral core and the father the measure of moral standards

My mother’s moral core was about kindness and acceptance. My father’s moral standards were about striving and integrity. I’ve never felt I measured up entirely to either but I’m grateful they are there and grateful when I am reminded of them as I was with this commencement speech.