The US stock market gave investors a good scare late last year, with the DOW dropping from a high of 26,562 on September 24 to a low of 22,445 on December 18. The newspapers were full of good reasons. On the top of the list were rising interest rates and the fear of a trade war with China. 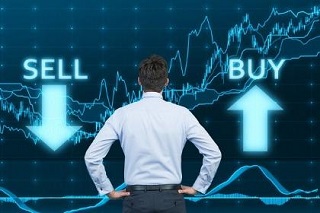 Thousands of investors abandoned stocks during that last quarter. Dominick and I did not. Our investment philosophy is long-term, big-cap, and value-based, so we look at price drops as buying opportunities. And we took advantage of the drop to buy some additional shares (of PG, IBM, BUD, MSFT, GOOG, AMZN, AAPL, MMM, ORCL) with the cash I’d accumulated from dividends in 2018.

Of course, ending the year with a loss never feels good. And that was especially true for us since my portfolio had made a ton of money in 2017 and good profits consistently since setting it up in 2012 (even in 2015, when the DOW closed down 2.23%).

This year, the DOW is up about 9%, as is the Legacy Portfolio. So you’d think I’d be feeling good about staying in the market. But I don’t feel good. I feel nervous.

There are lots of reasons to be concerned about not just another dip but a crash. And not just an ordinary crash but one that could last for a long time.

One reason: Half of all investment-grade debt is “teetering on the edge of becoming junk,” a colleague pointed out recently. “And more of these risky loans are being owned by mutual funds than ever before.”

Worst of all, he said, “They’re being held mostly by your average mom and pop investor. When these risky companies become unable to pay their debt obligations, it will send shockwaves throughout the debt market, then the stock market. And it will be disastrous for most individual investors.”

And it’s not expected to get better.

Younger investors today tend to be optimistic because they haven’t had the benefit of living through a period of high inflation. And their only experience with a serious recession was in 2009, which has been followed by this long bull market.

Older investors may take the opposite course. They may get out of the market in part or in whole and wait for good weather.

I’m nervous because I feel like we are in for a drop and possibly a sustained drop. But I’m not going to change my investing strategy because it was designed for the long-term and because I can wait it out.

I can wait it out because (1) I never fully retired (i.e., gave up my active income), (2) I have multiple passive streams of income from different asset classes, and (3) my stock portfolio represents only about 20% of my net worth. So if the DOW drops by, say, 50% for 10 years, I’ll be okay.

I’m not saying this to boast, but to explain that the only way you can possibly avoid being devastated by a stock market crash and a long recovery is to take a comprehensive approach to wealth building – one that includes multiple streams of income, stores of wealth in at least a half-dozen asset classes, and “plan B” strategies for limiting losses.

Peripeteia (noun) – Peripeteia (per-uh-pih-TAYE-uh) is a literary term that refers to a turning point in the plot; an unexpected reversal of fortune. Example: the sudden change in Oedipus Rex’s situation when he realizes that he killed his father and married his mother.

“If you must play, decide upon three things at the start: the rules of the game, the stakes, and the quitting time.” – Chinese Proverb

What I’m Reading: Bill Bonner on “Do We Have a ‘Liberal Bias’?”
It’s true. We are a country sharply divided… on many issues, but none more starkly than Donald Trump.

Feeling a bit down? Try this!