I Almost Forgot This Important Truth About Buying Land 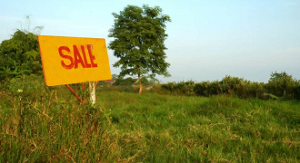 Last week, after years of pondering the issue and several weeks of negotiation, we bought the ten-acre lot that is just south of Paradise Palms (my botanical garden in West Delray Beach).

You could say it was a foolish move. The ten acres we already have for Paradise Palms is quite expensive to maintain. Doubling the size of the place will increase that cost — and for what?

You could answer that ten acres is really too small for a botanical garden that might be open to the public one day. Twenty acres, though — that’s a nice size. It would take visitors two full hours to walk all the paths, and that’s assuming they didn’t linger at the koi pond or the Asian teahouse or any of the other features.

But the new piece of land wasn’t cheap. At $175,000 an acre, it was way too expensive to be commercially viable. I had paid about $140,000 an acre for the original ten acres. And that’s why I felt, during those weeks of negotiating, that the price was too high. Until I remembered one of the most basic rules about buying land: The cost of the raw land is not what matters. It’s the final cost of the developed land… that’s the number that counts.

The first ten acres was essentially a swamp. Landscaping it with thousands of plants and hundreds of palm trees about tripled the cost per acre. But the ten acres I just bought is already a jungle of palm trees. Our work there will be a simple matter of pruning and cutting paths and planting perhaps 100 shade palms. And the cost of that will be de minimus compared to what it cost to develop the first ten.

So although the initial cost of the first piece of land was $35,000 an acre less than the piece we just bought, the developed cost of the new acreage will be much less.

That’s something to think about whenever you buy raw land.

Repartee (noun) – Repartee (re-per-TEE or re-per-TAY) is a quick, witty reply or a conversation made up of such replies. As used by Louis Theroux: “It’s difficult to describe the weirdness of speaking to a man who appears to be perfectly in control of his faculties, who can deliver off-the-cuff repartee, and yet who is actually utterly disconnected from who he is.”

In ancient Japan, there were public farting contests. Prizes were awarded for both loudest and also longest.

“Bordertown” on Netflix: A brilliant/half-psychic officer at the National Bureau of Investigation in Finland changes locations and jobs when his wife barely survives brain cancer. His new job, leading SECRI, the Serious Crime Unit in the previously peaceful little town of  Lappeenranta on the Russian border, turns out to be just as demanding.

The Scandinavians produce great crime dramas, and this one has an attractive film noir ambiance.

Ready for a world-class family vacation? Here, according to Travel and Leisure magazine, are the “top 50 family resorts.” (And, yes, our Rancho Santana made the list!)